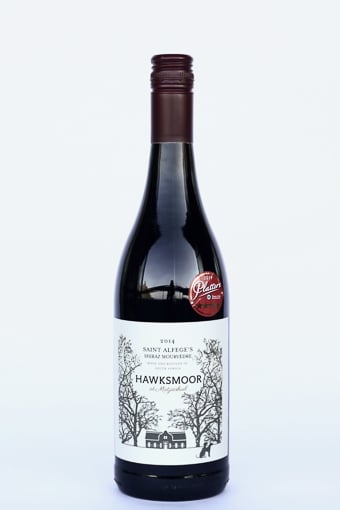 Saint Alfege’s is a church in Greenwich, London. Originally Medieval, but rebuilt in 1714, and Nicholas Hawksmoor was the architect.

Algernon Stitch and Saint Alfege’s are “sister wines”, blended from the same barrels but in differing proportions. Saint Alfege’s comprises 70% shiraz and  30% Mourvèdre, whereas Algernon Stitch is an exact half /half of these two cultivars. Both should be served at room temperature and be allowed time to open up in the glass. Decanting is always a worthwhile exercise, to allow fresh air to put new life into the wine. For those preferring a lighter red wine, Saint Alfege’s would be the best choice, whereas the Algernon Stitch is more robust, with its larger percentage of our 2014 Mourvèdre – see separate tasting notes. (Interestingly the Saint Alfege’s has a slightly higher alcohol content than Algernon Stitch by 0,5%, so it will be the oaking and blend that gives the more robust flavour).