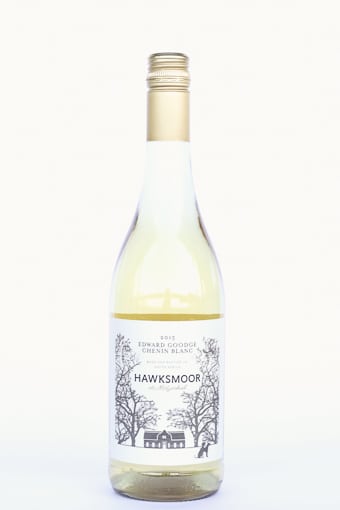 So named after a stone mason who worked with Nicholas Hawksmoor.

Chenin Blanc – 100%.. For information in regard to our Chenin Blanc vines , see the notes  in the “grape/blend” section and “further notes”  above ref “Serliana” 2017. For “Edward Goodge” we used the same vines, albeit, 2 years earlier, hence 32 year old vines, and again, blended a “half/half” combination of both the bush and trellis vines.

Aged for 19 months, however, we still describe this wine as being “lightly oaked” given the age of the barrels we used.  11,5% alcohol by volume, so also an unusually lighter wine, given the warmth of the Paarl region- as a rule of thumb, the hotter the region and the hotter the summer, then the higher the alcohol level since the sun acts as a catalyst to turn the sugar to alcohol.

“stone fruit…. Thatch, almond, textual savouriness crowding in.  Lower alcohol (11,5%) doesn’t show, wine is sleek & compact”   (Submitted for  2018 guide, hence these are the notes from then.)

As with “Serliana” unoaked Chenin Blanc, this wine Becomes “creamier” the longer you leave it in the glass, and although it drinks well, on its own, it is at its best accompanied with food: fish, Thai food, generally lighter dishes.  The oaking process has added an additional level of complexity.